Video games hold a special place in my heart. They’ve captured my imagination and created fantasies in this brain of mine since I was 4 years old. From stomping on little Goombas as an Italian plumber in Super Mario Bros. to taking out thugs on the streets in Double Dragon, they have transported me to worlds and universes only possible through the creation of games. First let me give my sincere thanks to the countless human beings sitting in front of computer monitors for years of their lives to bring these experiences to us. We never see everyone’s faces, but know that without you all, we’d never have such moments to cherish as we do now. Thank you so much.

I wanted to discuss something I’ve been noticing recently with regards to new games. It’s been at the forefront of my mind just these past few days. New IP is the life blood of the games industry. Everything starts somewhere right? Super Mario was a new thing at first wasn’t it? To create franchises and stories that will last for years to come, game studios need to constantly keep fresh ideas brewing. New directions must be embraced to keep up with changing industry standards and social landscapes. There is no way around it. 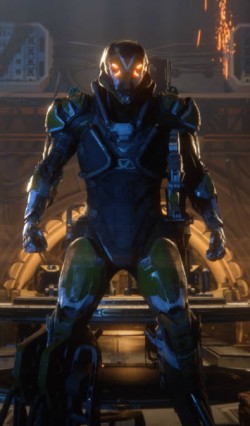 Game studios with certain pedigrees create an unfortunate side effect. That side effect is expectation. There are good forms and bad forms. It’s reasonable to expect a certain quality from a game developer for example. It’s not healthy to expect a specific style of game. Where am I getting at? The most recent example I’ve encountered from tweets and comments is that of BioWare’s new game, Anthem.

The vast majority of feedback has been excitement, praise and a sense of wonderment. What is this new world? Who are these Scars? What happens inside Fort Tarsis? People are highly intrigued to learn more. The other type of feedback stems from skepticism to all out contempt. Some are furious that BioWare, a studio renowned for their single player RPGs in years past, would create a shared world action adventure game. There’s been some immediate, knee-jerk dismissal despite knowing extremely little about Anthem’s premise, story, gameplay loop or RPG mechanics. “Disappointing. They should stick to what they’re good at”, reads one comment. “This isn’t what BioWare’s known for”, says another. This line of regressive thinking only stifles creativity.

Does anyone recall this type of resistance when Guerrilla Games, a studio made popular for its deep roots in the first person shooter series Killzone, announced the development of a brand new RPG? I certainly don’t. The first person shooter genre was Guerrilla’s bread and butter. They perfected their craft and yet, after a decade decided they needed to do something new. A new direction was necessary to grow as a studio and more importantly as a family. Horizon Zero Dawn was born and brought with it the imaginative ideas of so many individuals that it went on to win the hearts and minds of so many players. It was a complete 180 for the team and as a result, breathed new life into the studio.  I wish the wonderful people at Guerrilla Games nothing but the best.

That’s not the only example. It’s only the most recent.

Metroid is a beloved IP to many. Even sacred. Birthed on the original NES, Metroid found its way to the public through 2D platforming. It amassed a large following of loyal fans. When Nintendo announced the transition of the series from 2D platformer to first person shooter, resistance was immediately felt. How could Nintendo do this to Metroid!? There were some who were intrigued by the concept and wanted to see more but a large number of fans absolutely scoffed at the mere idea of it.

The Metroid Prime series was a massive success with critics and players. Nintendo refreshed the franchise in ways not thought possible and it was all the better for it. I fully embraced that myself. Let’s keep going.

Insomniac Games built the foundation of their studio on 3D action adventure titles. They first introduced us to the wonderful world of Spyro with Spyro the Dragon in 1998. They launched the explosive and witty Ratchet & Clank series four years later in 2002. Year after year we got accustomed to the IP. We played Ratchet & Clank: Going Commando in 2003 and on to Ratchet & Clank: Up Your Arsenal and Ratchet: Deadlocked the following years. 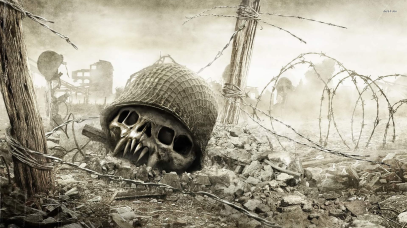 In 2006, Insomniac Games launched a brand new IP by the name “Resistance: Fall of Man”. It was a massive departure from their previous games and again was met with initial skepticism and worry. Long story short, Insomniac went on to craft an excellent first person shooter franchise with Resistance that would be enjoyed by millions of fans around the world. It was a new direction for the team and allowed them to stretch out their creative legs. I love the Resistance series myself and appreciated what Insomniac brought to the shooter table. (Thanks guys!)

God of War is another ongoing example. It’s no secret I’m a massive God of War fan. I’ve been in love with the franchise since I played the original in 2005. I was immediately hooked. I followed each and every game (again sans the mobile installment) up through to God of War: Ascension. The team at Sony Santa Monica realized that the series needed a breather. They needed to come back with something new and unexpected. God of War for the PlayStation 4 is the culmination. It tackles a new side of protagonist Kratos. It takes us to new lands, new gods, new conflicts and revamps how we look at the IP.

The camera has been completely retooled to sit above Kratos’ shoulder akin to many other third person games on the market. The tone has been dialed down a bit from the insane cartoony action the series has been known for to a more realistic, muted approach. I absolutely love it. When I envision what a new God of War for current generation hardware can look and feel like, this is it.

So with all of that said, some of the reception to Anthem saddens me. Game developers should be pushed to think up new ideas and create new experiences, not discouraged. BioWare as a studio built a name on crafting deep, story driven RPG experiences from Baldur’s Gate to Jade Empire to Mass Effect. I don’t contend that one bit. It’s why I fell in love with them. It’s why they continue to be my all time favorite video game developer. At the same time, I understand as a player that studios should not be restrained to creating one type of experience and that experience only. This sets limits on creativity. It bounds a developer to specific expectations that must be arbitrarily met for some reason to appease a group of people.

Imagine if an author made his or her name on writing horror books for years and years. Is that person required to continuing writing horror for eternity? Would this person be blamed for wanting to move in new directions and try something new? Never.

We should afford the same freedom to video game developers. A studio should never be confined into this genre or that genre. They should never be kept locked up in a specific type of game. A new Dragon Age is already in development so BioWare is still creating narrative driven RPG games that people know and love. My wish is that more and more players can see that new ideas breathe life into the games industry. We still don’t know the premise behind Anthem. We don’t know how Anthem’s story line plays into account. We don’t know if there are traditional dialogue conversations or deep rooted RPG mechanics. There’s nothing wrong with that. If we say “No, you should only make single player RPGs”, that sets certain limits and cages studio. There should be no limits.

My ultimate point is that a developer is allowed to create a multitude of experiences to grow and continue to flourish in this abstract notion we call imagination. I truly hope people embrace that.

12 thoughts on “Opinion: Game Studios Should Not Be Restrained From Moving in New Directions”